This summer Robert Babicz, aka Rob Acid, the electronic wizard from Cologne brings his extraordinary live show to hand-picked selection of futuristic, eclectic events. A „non-DJ“ who performs only original music – either his own compositions, collaborations or remixes – Babicz ignites parties with music crafted by synaesthesia, his ability to see sounds and hear colours.

For the first time ever, Babicz brings his interstellar sonic extravaganza to Burning Man, Aug 29 to Sept 5. The playa will resonate with unique aural textures and otherworldly visuals as he shares his magic. Out of respect for playa tradition, Robert won’t pre-announce his sets but fans will have multiple opportunities to join him on mind-altering voyages beneath the desert sky.

Other tour highlights include Robert Babicz All Night Long at Coda, Toronto, Aug 27 – where he will play a seven-hour epic of sound to celebrate FLOH’s 5th anniversary.

With more than 1000 releases for labels including Bedrock, INTEC, Mille Plateaux, Systematic, Audiomatique, K2, Treibstoff, SUGA, Punkt, Praxxiz and his own imprints, Babiczstyle and Dirt Cuts, Robert has a conjurer’s chest full of musical spells. Every gig is unique, with 100% creativity lazer-focused at the dancefloor. „I don’t play the instruments,“ Robert says. „The people at the party play me.“ 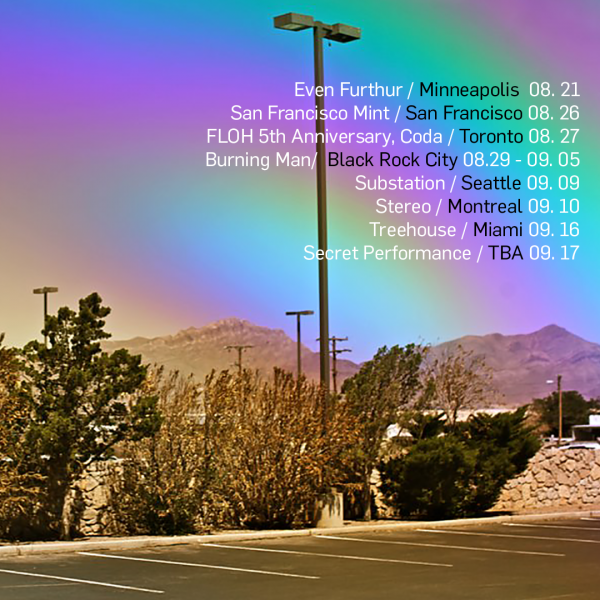